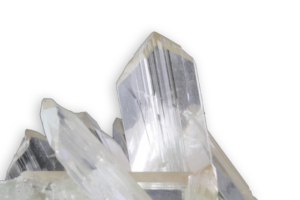 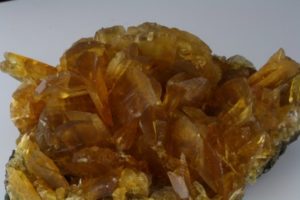 The exact origin of his name still appears uncertain. The Greek word “gypsos”, meaning “plaster”, and would decompose into “ge” for “ stone “, and “Ipson” for “burn”. The origin of the word would rather be Semitic. In Latin, gypsum, in old French was called gip. This is the plaster stone, heated gypsum becomes plaster, which mixed with sand had formed the first mortars used for the Egyptian pyramids. The fibrous form, called selenite, presents a chatoyancy effect. Gypsum is the standard hardness 2 on the Mohs hardness scale ranging from 1 (talc) to 10 (diamond).

Mineral spread worldwide.
In France the quarries of Montmartre in Paris produced enormous amount of gypsum. The quarry of Caress – Cassaber in the Pyrenees produced crystals more than 1 meter long( 1Mt = 1.09 Yds ).
The record being held by the giant crystals of the Naica Mine, Chihuahua, Mexico: they exceed 10 meters (10.9 Yds)

Its variety called “spearhead” has long been compared to the shape of a compass needle and it was awarded the power to help navigation and find the way. The fibrous gypsum, it would help to follow this path. In general, the gypsum is related to the root chakra and would help to refocus energies. 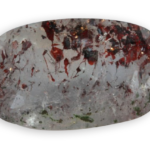 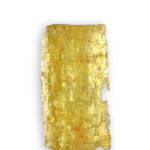 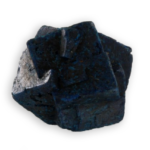 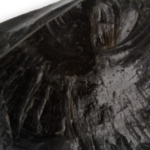