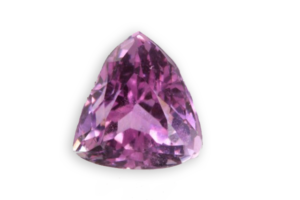 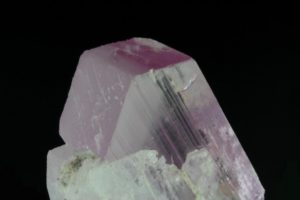 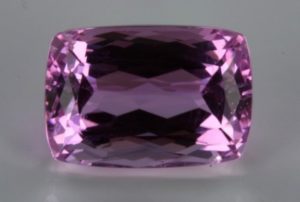 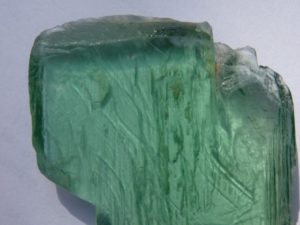 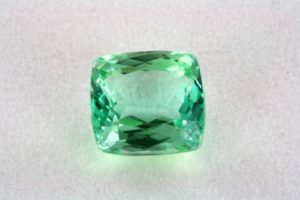 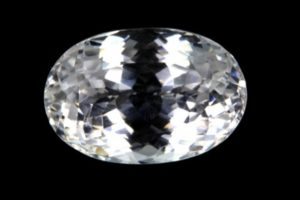 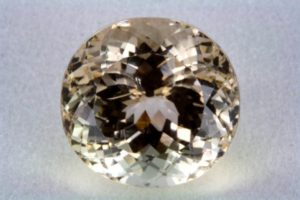 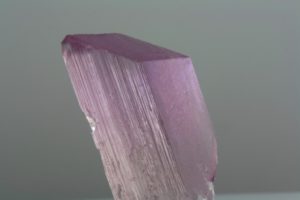 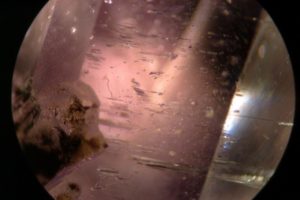 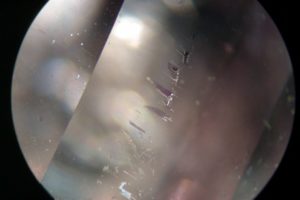 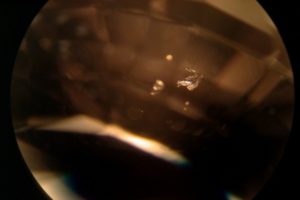 It is a variety of spodumene, which is named after the American mineralogist and gemologist G. E. Kunz who analyzed it first, in 1902.
The kunzite has a unique color due to manganese : pink purple more or less intense depending on the crystal orientation and the presence of manganese.
It was noted recently that “green spodumenes” from Afghanistan, previously called “Hiddenite” (variety of green chromian spodumene), became pink after a few days of sun exposure … in fact they were kunzites that after “heat treatment” or irradiation became green, but did not contain chromium, and lost their green color under the light.
Spodumene, whose name comes from the Greek, it means “color of ashes”, because it is often gray, presents the phenomenon of phosphorescence, it glaws in the dark after being exposed to ultra-viotets or natural light.
The yellow or colorless variety of spodumene is called triphane.
The green chromian variety of spodumene is the Hiddenite (see hiddenite).

due to manganese: pink lilac can fade in light over time

fragile due to its easy cleavage

It is found mainly in Brazil, in Afghanistan especially in the Kunar Valley in the Patroke mine that produces, since 2007, kunzites of a deep pink color, in Burma, in USA, in Madagascar, in Pakistan, in Brazil.

In jewelry, the table is cut perpendicular to the axis of the crystal to enhance its color. Often the cut stones have a significant breech to improve the color.
Avoid the sun exposure because it can wash out. Depending on their origin, some kunzites very quickly lose their color, while others preserve it. It was often confused with amethyst because of its hardness and pink color

It can be confused with rose colored gems such as : pink rose quartz, rubellite, pink sapphire. It can be imitated with colored lenses, doublets, corundum or synthetic spinel.
The heating to 150 ° C, improves its brownish color and green purple color.

It is a stone evoking tenderness and shy purity, which would stimulate the mind during sleep, causing amorous dreams. It would rebalance the mind, alleviate emotions during a bereavement, a mourni (Heart chakra). It should be given to unruly children. It is a stone that accumulates little negative energies.

In Asia and North-east Europe it is used since the sixteenth century as a gemstone and as a protective talisman symbol of rebirth. 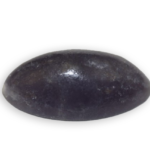 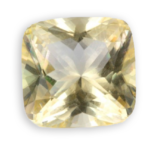 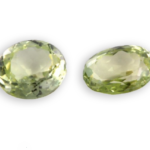 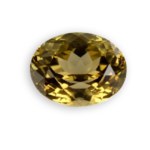