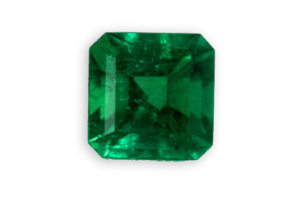 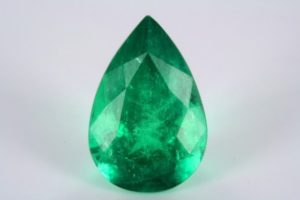 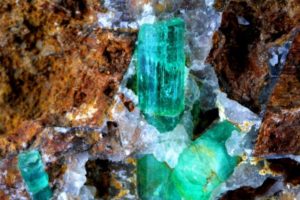 emerald from Chivor in Colombia 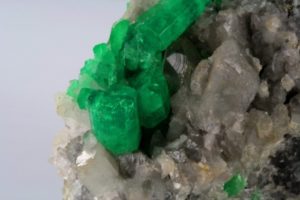 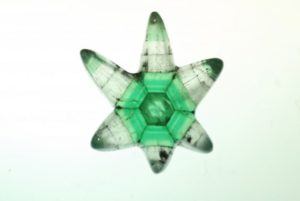 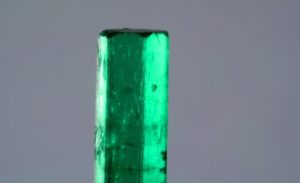 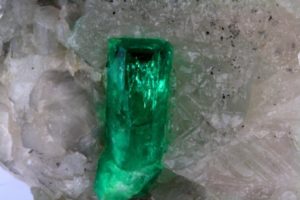 emerald crystal from Muzo in Colombia 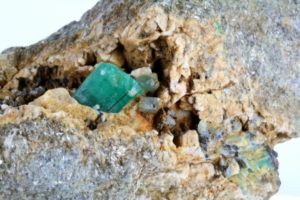 emerald crystal from Swat in Pakistan 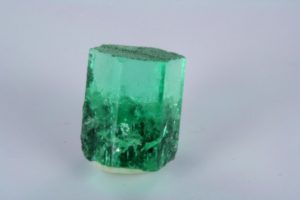 emerald gem crystal to be cut from Muzo in Colombia 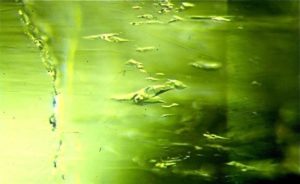 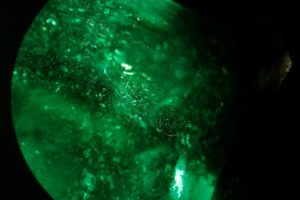 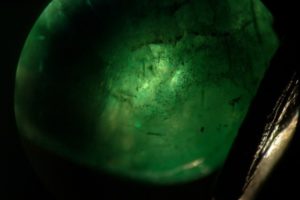 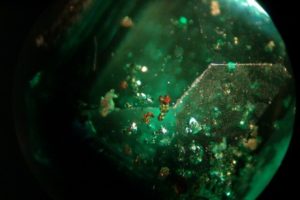 solid type inclusions, pyrite in this emerald from Chivor, Colombia

This is the green variety of beryl, the more valuable because of its unparalleled color, its name comes from the Greek “smaragdos” derived from an ancient Semitic word meaning “shining”.
This is one of the gems most sought after, when the green the more sustained and pure. Its price can match an even exceed that of diamond. Its color is so beautiful and unique that the shade called “emerald green” became the term used to describe this color, due to chromium and / or vanadium.
Until the early twentieth century, many green stones were still called “emeralds”. Until the sixteenth century the emeralds from Zabarah, in Egypt, known since 1500 BC, and that provided gems for Cleopatra , were the most famous. the Romans appreciated this gem, “There is no color more pleasing to the eye than the emerald” wrote Pliny.
India also operated some now depleted deposits: Udaipur, Ajmer, Rajgarth, Bhilwara … This gem was very rare until the Middle Ages because there were few deposits.
It got know trough the findings of the conquistadors who spread it into Europe from 1535, after having plundered shamelessly the temples of the new world . Emeralds were shipped with galleons, one of them, sank off the Florida coasts, contained 25 000 carats of emeralds and a group of agglomerated crystals of 24 644 carats. In 1993, some divers found them, including a 964 carat stone that belonged to Hernan Cortes, oblong, exceeding the size of an open hand, called “Queen Isabella”.
All the famous emeralds of the Topkapi Palace Treasury in Istanbul come from Colombia, such as those of the treasure of Iran and those of the Kremlin Armory in Moscow.

all shades of pure strong green, sometimes bluish, the color is due to chromium or chromium and vanadium

only the transparent and colored gems are sought

varieties rich in chromium may be pink or red fluorescent

Its liquid fissures are called, "gardens". Observed in the varieties from Colombia and Afghanistan, they have characteristic "three phases" inclusions : in a small cavity a crystal, some liquid and a gas bubble. Also pyrite, mica and color fields

Product of crystallization of magmatic or hydrothermal flow in metamorphic rocks, it is only found in these rocks because there is no alluvial deposit because of the fragility of the crystals.
Colombia remains the main producer: it gives the most beautiful emeralds coming from the mines in the region of Muzo (having been exploited and then abandoned by the Incas and reopened in the seventeenth century) and the Chivor mine where are found very few rare emeralds called “trapiches”, with a radial growth of several prismatic crystals. Other deposits have been recalled into activity after several decades. One third of Colombian emeralds is of a quality used in jewelry.
Brazil (Itabira and Santa Terezinha de Goias) produces clearer emeralds and the rare emerald called “cat’s eye “.
There are known deposits in southern Zimbabwe since 1955, especially the Sandawana mine, with crystals relatively small but of good quality.
Zambia, In Africa, produces fine quality stones with few inclusions, of a very strong green.
In South Africa, the Cobra and Somerset mines produce emeralds, but only 5% of them are of gem quality.
In Russia, in the Urals, a deposit was discovered around 1830, but it is virtually exhausted and the crystals have never been of exceptional quality.
Austria also can be added: the Mine of the Habach Valley, near Salzburg, provides samples for collectors more than for jewelers, Norway (near Eidsvoll, north of Oslo), Ghana , India, Madagascar (where a group of crystals weighing 74 kg (163 pounds )was found, Malawi, Mozambique, Namibia, Nigeria, Pakistan, Tanzania, Egypt, where the mines from which the emeralds offered to Cleopatra came, are merely memories. By opposite, Afghanistan still operates the old mines, but with a limited production due to the political and climatic environment.

This is a gem of great commercial value, rare and highly sought. When of its deep color, it is cut into levels, rectangle shaped, with cut of corners, making it less vulnerable to shocks: this is what is called the “emerald cut”.
When clear and transparent, it can be cut brilliant, while the turbid stones become cabochons or balls to necklaces. There has some engraved in intaglios or cameos since antiquity, like the one that Ptolemy had carved for Cleopatra.
Its inclusions are defects only if they are important and constitute what is called “the gardens” because these inclusions look like weeds.
To hide their defects (cracks, open fissures …), the emeralds are immersed, on the same place of their extraction, in special oils or have vacuum injected some artificial resin.
Many characteristics of the emerald vary with the stone place of origin.
The emerald is the stone of the 20th anniversary year of marriage and also the 35th.

It should not be brought into contact with household chemicals or solvents (which can dissolve the oils in its cracks) and it fears the heat which can cause breakage. Never put in contact with hot then cold water because he fears the “thermal shock” that can also cause breakage. It should quickly be washed with mild soapy water and rinse immediately with clean water only without limestone. It is also sensitive to shock and pressure. This is a beautiful gem that should be subject to the attention of the wearer.

The doublets are not uncommon: beryl, or other light-colored natural stone (quartz, aquamarine, beryl …), bonded with a green cement (enamel). The bolt can either be glass or a synthetic spinel.
We know how to synthesize the emerald since the nineteenth century and many methods have been developed during the twentieth century, a market production beginned in the 1950s.

It is allowed to fill the cracks of the emerald with a natural oil, but this “beautification” must be reversible. Completion of micro-cracks of the stone gives it a better shine. All green dye is banned as any glass or resin injected, of an irreversible manner. The stone certificate shall indicate any treatments.

The emerald represents the forces of regeneration on all levels, symbolizing hope, cosmic vitality, the nature awakening in spring, as written so well by Hildegard von Bingen, because it absorbs all the green of the primary nature and crystallizes it within itself as a matter of life.
It would untie the blockages, the tensions, refresh our being. Many people have used it because of its powerful vibrations, influencing on eye diseases (we put, in ancient times, emerald beads at the corners of the eyes to prevent infection). It has been described as an useful antiseptic in case of infection: Perhaps we spoke of dioptase with which it is often confused. It was then adviced to drink emerald water …
In the Middle Ages, it was assigned virtues such as eliminate warts, stop hair loss, protect against poisons, bites of mad dogs and venomous animals.
It can have evil deeds: one hung on the neck of the Virgin of Atocha in Madrid, a stone which had belonged to many people all died violently or strangely, including the unfortunate Elizabeth of Austria who was murdered, and a Spanish princess who died a few days after wearing it.

There are famous emeralds in the British Museum in London, in the collection of the Queen of England, the Museum of Natural History in New York, where is displayed “Patricia” one of the largest known crystal of 632 carats, in Russia, in Iran (Imperial Treasury), in Vienna, Austria, in the treasury of the Habsburgs (flask of ointment 12 centimeters tall weighing 2,205 carats cut from a single crystal), the Topkapi Palace in Turkey.
Exceptional is the Lechuga, so called because of the intense green of its 1486 emeralds from the Muzo (Colombia) Mine, in the shape of oil drop and butterfly wings, which is considered the finest piece of colonial goldsmith. Commissioned by the Jesus Society in Bogota between 1700 and 1707 to the artist Joseph Galez, it also has a topaz of Brazil, 62 caribbean pearls, 168 Indian amethysts, 28 South American diamonds, 13 Sri Lankan rubies and a sapphire from Thailand.
Legends: When the archangel Lucifer rebelled against God and was defeated after fighting St. Michael, the great and wonderful emerald, which shone on his forehead was cut when it dropped and it fell to Earth. It is this which was given later to the Queen of Sheba by King Solomon. It was cut into the shape of chalice and Nicodemus inherited it, and in the end, Joseph of Arimathea. This sacred vase became the Grail that was brought to Britain, then lost, its research becoming the mission of the knights of the round table. The magic table on which the data of occult science were engraved, was a huge emerald. It was found in a cave where Thoth (or Hermes Trismegistus, that is to say three times larger) had been buried .
The mummy of the Egyptian god held this table in his hand when Sarah, Abraham’s wife, came long after the flood, in the cave used as tomb, located near Hebron, but other versions attribute the discovery to Alexander the great.
What follows is not really quite legendary : on March 9, 1564, a Spanish colonist galloped breathlessly fleeing the terrible Muzos Indians. As his horse was limping, he stopped at the risk of his life, to examine its hooves and found planted in the middle of one of them a beautiful green color emerald. The new spread sensation in the region and people refit in reverse its course and finally reached a mountainside where were the deposits. 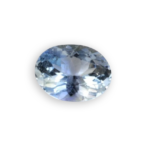 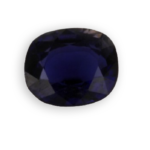 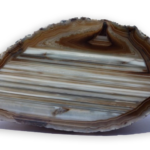 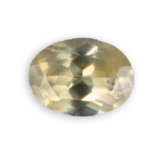