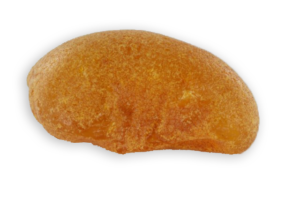 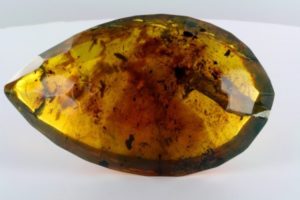 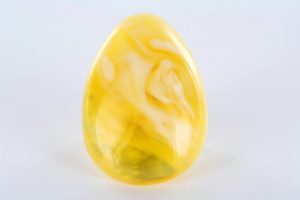 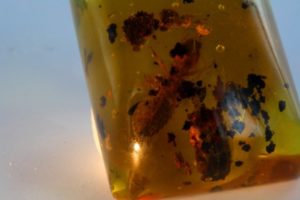 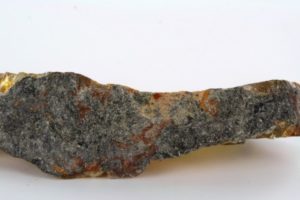 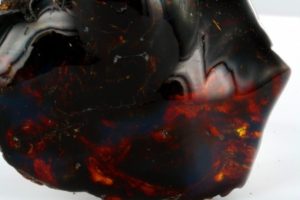 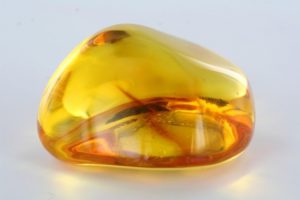 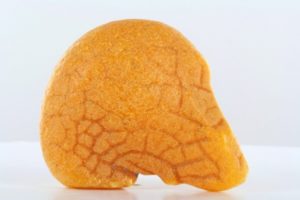 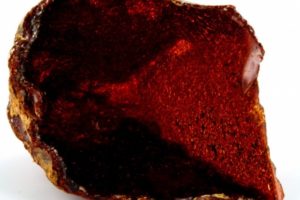 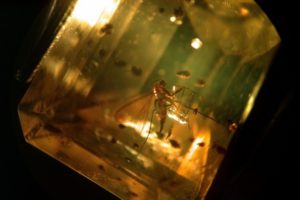 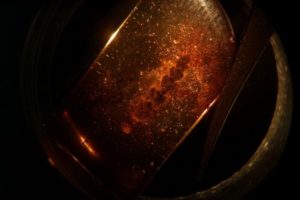 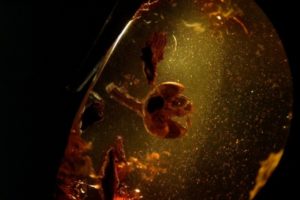 It is a product of plant origin, the fossilized resin of some conifers (pine, redwood, cypress, cedar …) and some angiosperms (legumes, Umbelliferae, Liliaceae).
The amber from the Dominican Republic was produced by a kind of tropical tree, now extinct, ancestor of the carob tree, of the legume family, while the Baltic Amber has been produced from some resin trees, next to the pine trees.
This definition eliminates another substance,”the amber gray “, produced by some intestinal concretion of certain ind of whales.
Many absurd ideas tried to explain its origin: lynx urine solidified, wax produced by the ants, mineral honey, residue of internal condensation of vapors from the earth, oil … The inclusions were even more difficult to interpret.
If rubbed with a woolen cloth, it electrified and attractded small particles. Its discovery is attributed to the Greek Thales in 600 BC. J. C (in Greek, amber is called “Elektron”). His name, of the masculine gender, comes from the Arabic “Al’Ambar” or “Anbar,” to the meaning of burning perfume, probably coming through the medieval Latin of the ninth century “amba”, “ambra”.
It is a mixture of oxygenated hydrocarbons polymers, its succinic acid content ranging from 0% to 8%. Paleontologists give great importance to the nodules with inclusions of well-preserved insects, small animals, leaves and pollen grains … that enable advanced studies on the life forms at the time they were imprisoned.
Amber has been known since prehistoric times: ornaments, amulets, it was one of the first precious materials, called “the Gold of the North “. The Egyptians ranked it as a mineral next to the emerald. The Romans imported it in large quantities and from the Merovingian period to the Russia of Peter the Great, amber has always been considered as a magical and precious material.
“ Burmite “ is the name of the amber coming from northern Burma Valley of Hukawng in the Kachin state.
“ Rumanite “ is the amber coming from Turkey. Valchovite or retinasphalt it’s a resin of the Tertiary period mixed with other organic components.

found in many shades: brown, red, cream, greeny, bluish or colorless, gold yellow is the color the most sought

inclusions of insects, plants, solid or liquid particles characteristic of the period in which the amber was formed.

There are hundreds of known deposits in the world, especially in warm and temperate regions, dating from the Carboniferous (- 330 million years ago) to Pleistocene (Stone Age).
It is found in place, in undeveloped not yet disaggregated lands (probably brought by rivers), or floating on water after erosion. Blocks were found weighing several kg which raises the question of how such a quantity of resin was build-up. The Humboldt Museum in Berlin retains a weighing 8 kg, block but in 1694, another one of 91 kg was imported into Ireland.
The most important deposit is located near Königsberg, in Samland (Russia), where a layer of clay about ten meters, called “blue earth”, covered with a hundred feet of sand is digged with excavators or attacked with jets of water under high pressure.
The Amber Mines of the Dominican Republic are located in the north of the city of Santiago de los Caballeros, in the region of Palo Alto, of La Toca, Palo Quemado, de la Cumbre.The most beautiful blue Amber comes from the mine of Los Cacaos.
Erosion and storms washed away the amber in the sea and deposited on the beaches where it is also harvested, and it’s even ffound loating on water.
Around the Baltic Sea, it is dated about 40 million years. It can still be found in Italy (Sicily), Romania (Olanesti region, Almah Valley in Moldova, Transylsvania), Canada, China, United States (Alaska, New Jersey), Dominican Republic , Japan, Mexico …
The often red variety called burmite comes from Burma, from the Hukawng valley in Kachin state, which is the only mine operating, and dates from 100 million years to the Cretaceous period

Only 15-20% of the amber found has a quality to be used in jewelry. This material is easily worked being little hard, but it is difficult to precisely cut it. Various items are available in amber trade: jewelry (necklaces, cubes, bracelets), boxes, cigarette holders, handles, knobs of canes, medallions. It is seldom mounted on a ring because it’s too fragile.
The Ambers of the Dominican Republic are particularly remarkable: they are rich in inclusions of plants and animals due to the tropical climate, and a unique variety of bluish Amber was there discovered: these bluish reflections on the yellow Amber are due to the reaction of aromatic compounds that undergo the ultraviolet rays of natural light.
This is the matter used for the anniversary on the 34 years of marriage.
The most extraordinary Amber object known is … a monument …. it is the “Amber Room” in the Palace of Tsarina Catherine in Tsarskoye Selo, near St. Petersburg in Russia, where there was a room with walls covered with pieces of Baltic amber carvings. It was offered in 1716 to Russian Czar Peter the Great by the Prussian king Frederick William I. Its surface was 55 square meters and contained six tons of amber, spread over 100 square meters of panels. Dismantled and stolen by the Nazis in 1941, its track got it was lost and thought we would never be able to admire it again.
Thanks to a German private sponsorship and 30 years of work, it was reconstructed according to the documents of the time and a photo of 1938 and was inaugurated in 2003 to Catherine Palace in St. Petersburg.

It is a matter that needs to be treated with caution. It is sensitive to acids, alkalis, essences, alcohol, perfume etc. …
It also fears the heat: it softens at 160 ° C, melts starting from 250 ° C and burns at 400 ° C to release a odor in between incense and burnt bones. Its softness makes it sensitive to scratches.

It is often imitated by glass, bakelite or plastic materials. Waste of amber agglomerated by heating it between 150 and 250 ° C under a pressure of 3000 bars lead to pressed or compressed amber sold under the name of ambroïde. Cloudy amber may be clarified by soaking it with lots of experience in hot canola oil that penetrates into the cavities generating clouds.
The copal is a natural resin, but recent, sometimes fraudulently processed and sold as amber, you can also paste a piece of amber on a copal.

Subject to be indicated, amber can begiven a red tone,with an ultra-violet treatment

Since ancient times it is assigned therapeutic properties, such as promoting self-healing by stabilizing the higher energies to allow the corrupted body to recover but if its usage is abused , it will tarnish and accumulate bad energy, it also should be cleaned after each usage with a chamois cloth. it can be put on painful areas.
It would bring warmth to chilly persons and calm the pain of teething in children. It was advice to make a necklace to wear for young children so they could chew it and relieve the pain when teething …
On the throat chakra: it fights cold, humidity and all their negative consequences …
The radiation of hot amber it is said to promote physical well-being and success, densifying the higher energies. He who will wear it will feel full of sunshine and would feel happy and optimistic and not afraid of the disease. It is said eliminate the negative body vibration. It would restore the nervous balance when worn on the solar plexus.

According to the most common legend of Héliades, Phaeton, son of Apollo (or Helios, the Sun), and the mortal Clymene, queen of the Ethiopians, saw his divine sonship questioned by Ephaphos, son of Zeus and Lo, with whom he quarreled. He went to seek confirmation from Helios, asking a favor to prove his ancestry. Phaeton asked to drive the sun chariot. Helios then realized his mistake because Phaeton rushing like mad with his yoke moved away from its path, came to close to the Earth’s oceans which melted away, the rocks withered, the men blackened, the goddess Demeter screaming despair at seeing all the crops ablaze … Zeus glared Phaeton who fell dead in the river Eridanus, the north for the Greeks where amber came from. Her sisters, desperate, crying so much that the other gods changed them into poplar trees, but even the trees were still mourning and it is their tears that gave the amber found in the sea.
A Germanic legend is somewhat different: the goddess of love, blonde and beautiful Freya, the wife of Odur, the radius of the sun, loved jewelry. She met four black dwarves busy making a beautiful gold necklace. She soon felt the urge to own it and said she was ready to pay any price for it. Each dwarf asked for a night of love with her, and she accepted. Back in her palace, ashamed, she hid the necklace, wearing it only at night, but the demon Loki informed king Odur who appeared incredulous. The demon then went searching for the collar and brought it to him. Odur, disillusioned, fled with it. The next day, Freyja, deprived of her necklace and her husband confessed herself to Odin, the supreme god. He forgave her but forced her to wear the necklace and ever since that day the queen wanders the world looking for Odur to retrieve the collar, crying constantly, her tears falling into the sea becoming nodules of amber . Since then , in the Celtic tradition, wearing an amber necklace symbolyse integrity because in case of a lie, it tightens and strangles the person wearing it. 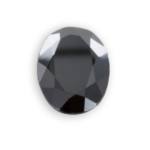 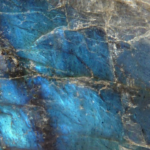 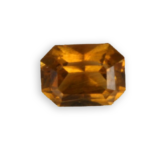 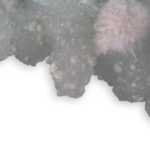