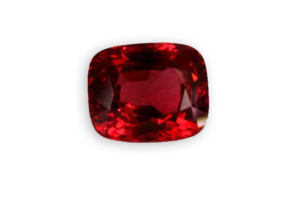 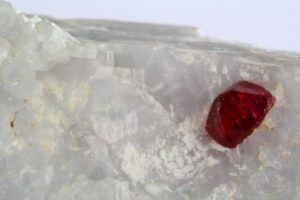 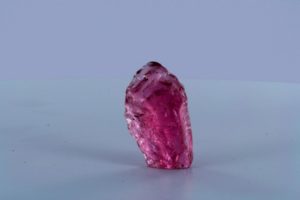 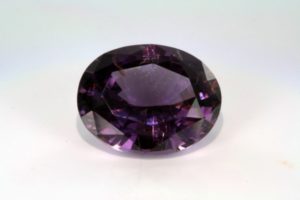 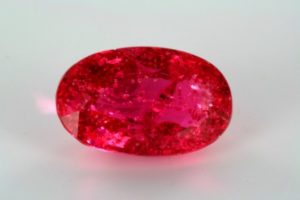 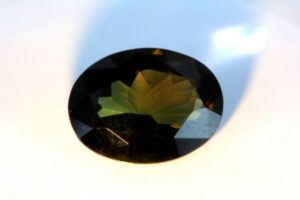 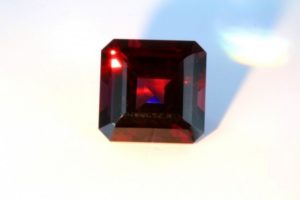 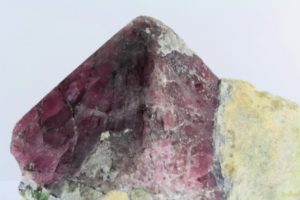 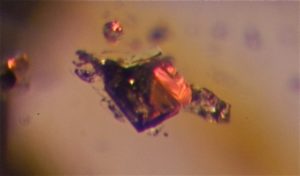 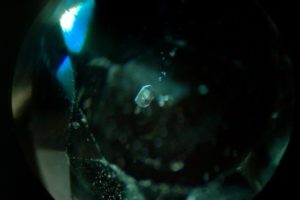 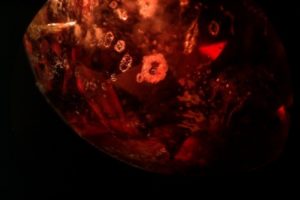 This is a gem belonging to a group of minerals close to each other and it was many times qualified as liar because it is present in the same deposits of the ruby and sapphire and it has often been confused with these gems.
Some “so-called” rubies are actually spinels, as the Black Prince of the Crown of England or those of the crown of Wittelsbach. It is known since antiquity and origin of its name remains unclear, although it may be an evocation of “small thorns” because of its six-pointed crystals.
The rubicelle focuses on the color orange, yellow or brown.
The broom – spinel is red.
The pleonaste or ceylanite, is of a very dark green and opaque, or even blackish.
The hercynite spinel is a dark green iron spinel of a density of 3.95.
The gahnite or gahno – spinel is red-purple, blue to dark blue, green or black and contains zinc (ZnAl2O4), its density can be up to 4.62.
Picotite is a chromium spinel, it is dark green with a density of 4.2.
The two largest spinels known are at the British Museum, octahedral crystals weighing 520 carats each. Russia has one of 400 carats.

all the intensities of colors, from almost colorless to very dark

some varieties are translucent and opaques

zero isotropic. The refractive index of red spinels is around 1.72

strong for the red and pink colors, very low for blue

aligned crystals of dolomite and apatite

octahedra, tetrahedra and even more rarely dodecahedrons, often in twinned crystals and flattened.

In fact it has been widely used in jewelry … but as a ruby, with whom it is very easily confused when it is blood red.
It is therefore quite natural that this gem is increasingly used in jewelry. Spinels are certainly a great opportunity to own a beautiful blood red stone … The “raspberry pink” spinels, recently discovered in Tanzania bring shades of colors in the available palette, rare among the gems. The delicate shades of pink spinels in Tajikistan have no equivalent in the world of jewelry, they go particularly well with the colors of other gems.
Spinel is the stone anniversary of the 22nd year of marriage .

Solid stone and easy to maintain. Insensitive to household products. It has everything to be used in jewelry, it deserves to be known by its real name! The jeweler must be careful not to heat it too much because it can lose its color intensity.

We know how to synthetize it since 1920.

It would be a very powerful stone, between zircon and garnet, an anchor and realignment stone of the chakras. More powerful than amethyst if it is purple, as much as the schorl if it is black, protecting against negative energies, its properties are similar to those of ruby. The blue spinel would have properties very similar to those of tanzanite.
The powerful red spinels are not recommended for people who are violent, angry and aggressive.
The black spinel is a shield, very powerful, against aggression and negative energies, sending the evil forces, by a mirror effect, back to the darkness from where they originate.

The red spinel has always fascinated for centuries the great people of this world, it was the crowns stone. Tamerlane, the great conqueror of Central Asia was crazy about it. Despite the advice of wise elders who predicted great disasters if the god of war was released, it was in 1941 in Samarkand, that Russian scientists have opened his tomb, on which was inscribed “if I was alive, the world tremble “.
In fact, according to some chroniclers of the time, amazing things would have occurred: on the first day the city fell into darkness, the second day a lid of the tomb was broken and the third day the German army, despite a non-aggression pact, invaded Russia. This precursor of the great Mughals sent armies to protect the “I Kuh Lal” mine, in today’s Tajikistan. He asked to bring back spinels named at that time “broom rubies”, broom from the language deformation of Badakshan region of origin of these stones. Throughout the Mughal period, we find gems on which there are inscriptions bearing the names of the emperors.
There is still today, ,in the treasury of England, a necklace made of spinels, on which there are intaglios, called “the Timur necklace”. In this same treasure, is found on the imperial crown of the Queen of England, “the Black Prince’s Ruby”. This gem is a spinel from the mine “I Lal Kuh,” he was handed over to the Black Prince in 1367 in gratitude for his loyal services by the King of Castile. Half a century later, it saved the life of King Henry V at Agincourt, the stone still bears the mark of the ax it should have deflected and that would have split the skull of the sovereign.
In France, the famous spinel “coast of Brittany” shaped like a dragon adorned the Golden Fleece of Louis XV. 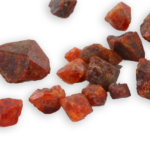 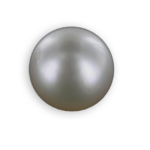 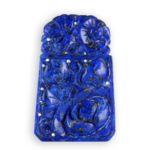 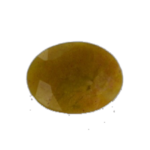