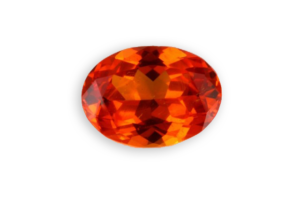 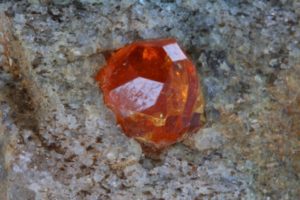 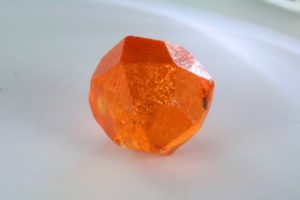 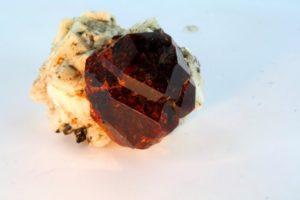 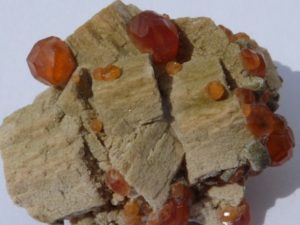 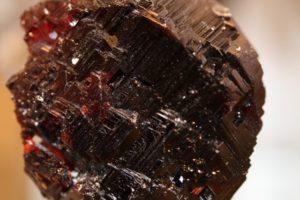 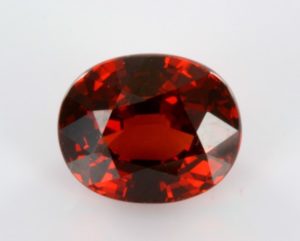 Its name comes from the cottage of Spessar sur- le -Main in Bavaria.
The finest ones come from Africa, in Namibia, from a recently discovered deposit that produced the famous “tangerine”garnets, of a very bright color and a beautiful shine, and that seems exhausted.
The “malaya”garnets: they are an intermediate between pyrope and spessartite and have the characteristic of changing color depending on the type of light: natural, incandescent: from orange to dark pink, it has been discovered in the 1990s (see pyrope).

all shades from orange

It is a garnet, we find some beautiful ones in Namibia (named mandarin garnet, or mandarine in French) but also in Burma, Pakistan, Brazil, China, United States, Kenya, Madagascar, Sri Lanka, Tanzania, Nigeria, from where beautiful stones, recalling the color of mandarin garnet from Namibia, come from, and are often confused with it.

Robust stone, of a beautiful shine, easy to cut, sometimes showing a beautiful bright orange tangerine color. It is mounted in the rings, earrings, pendant ( pear cut ).
The garnet is the stone for the anniversary of the second year of marriage.

Easy care like all garnets, washing with water and detergent, rinse with pure water and drying carefully.

It is related to the solar plexus chakra. This stone would have a beneficial effect on appetite to regain lost alimentation, but it would also have an effect on sexual desire that it would also restore. According to some it would make the anxious feel less guilty. 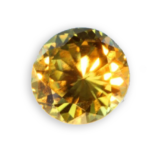 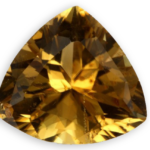 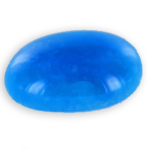 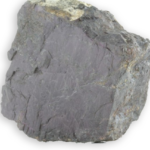