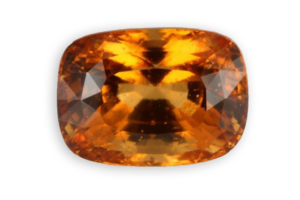 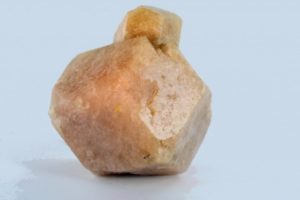 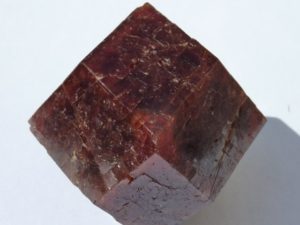 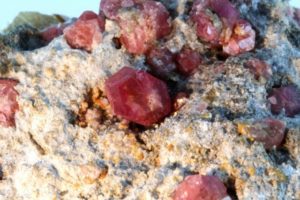 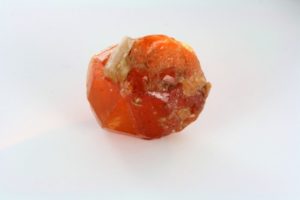 hessonite crystal from Bajour in Pakistan 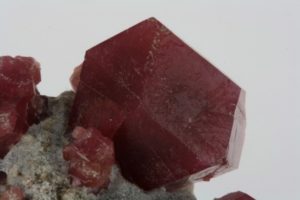 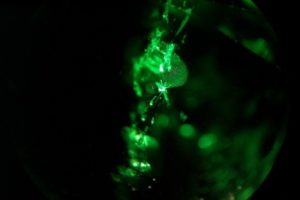 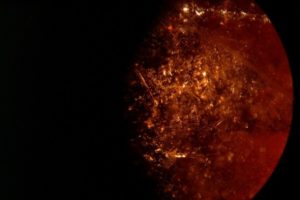 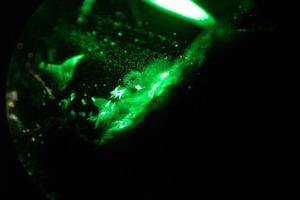 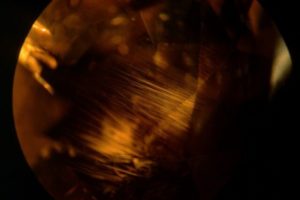 Its name recalls the color of the gooseberry.
Hessonite variety: it is the most renowned, also known as cinnamon stone or garnet hyacinth, name not to be used, it is a variety of grossular of dark orange color.
Tsavorite: variety of grossular going from green to emerald green intense (its color is due to vanadium and chromium) sometimes called “tsavolite”, discovered in 1974 in Kenya in the Tsavo Park and Tanzania. It has a luster and a superior strength to emerald.
Hydrogrossular variety: isolated as a species of its own, close to grossular, in 1984, it may be pink, green, colorless or yellow, it is a calcium and aluminum silicate, such as grossular but hydrated, it is also called katoite or hibschite.
Some green-yellow grossular garnets are from Mali, by their chemical composition they are in between grossular and andradite. They are called “grandite”, a contraction of grossular and andradite.

all shades from light yellow, orange, brown and green

none, but sometimes isotropic crystals show some polarization anomalies

The tsavorite is increasingly used in jewelry because of its emerald green color, its brilliance and hardness. Pure gems of large size are rare. Garnet is the stone for the anniversary of the second year of marriage.

Easy to care of, resistant to pressure. It may be washed with water mixed with dishwashing liquid, rinse with pure water and then with alcohol.

It is often called “anti-fear stone”, its robustness would give it this power. When it’s orange: it is an energy stone, it is invigorating both mentally and physically.
The tsavorite, the green garnet, would deliver a great power in a short time, would favor the development of intellectual faculties in harmony with the physical development. 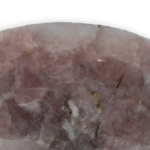 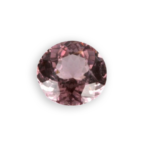 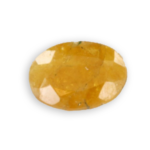 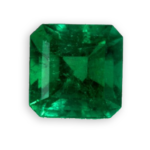