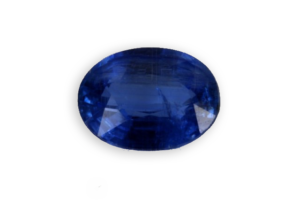 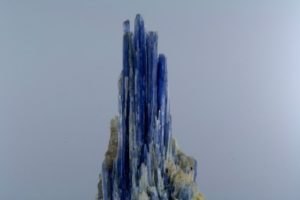 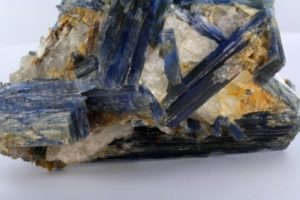 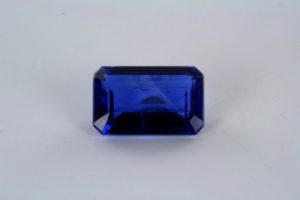 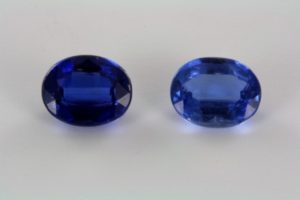 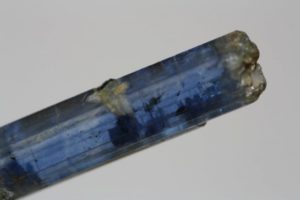 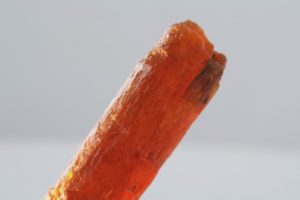 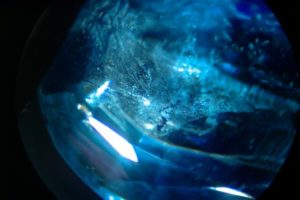 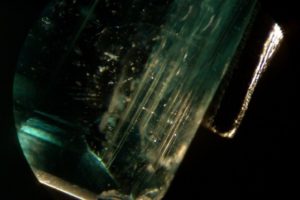 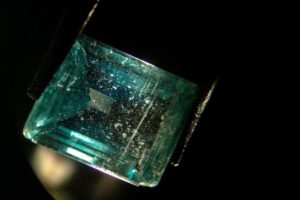 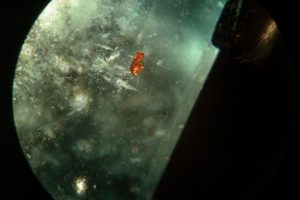 Its name recalls its dominant color : blue in Greek (cyan).
Sometimes colorless, but generally blue to bluish green, this gemstone has a hardness ranging, with its texture in plans, from 4.5 (direction of elongation) at 6 to 7 (perpendicular to the elongation). It also has areas of different shades of blue that help to identified it.
A green variety was recently discovered as well as orange crystals in Africa.In Nepal and Kashmir Kyanites have a shade of blue color similar to that of sapphire.
The Kyanite is a polymorph of andalusite and sillimanite, it has the same chemical composition but the shape of its crystals is different.
The blue cyanites owe their color to titanium and iron (such as sapphires), the green to vanadium and the orange to manganese.

rarely flourescent from rose to red

This stone too brittle for jewelry, is only cut for collectors ( rectangular shaped, or cabochon), in Central Asia and Nepal it is still used for adorning rings and pendants, although it can be of a beautiful “sapphire blue”, it loses its shine and gloss to the friction of harder materials.

Fragile, it scratches and can even disintegrate into strips as a result of pressure or shock.

It is not imitated but used very often to fool the tourists when it is sold instead of sapphire.

It would be a high energy stone that would help make the point with oneself, solve problems and to accept oneself as he is. It would reduce all kinds of psychological problems, help to find solutions, have a positive effect on sleep by improving it, if this stone is laid under the pillow. It would also have a role in treatment of the body. It would be the stone of a serene well-being, it would facilitate quiet sleep. In Chinese medicine it would help re-balance the yin and yang. By its color it would be appreciated by sailors she would accompany the trips by bringing tranquility. Some believe it would promote the learning of languages and facilitate fluency. 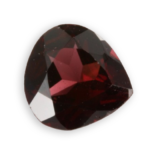 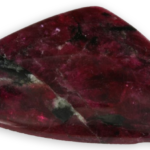 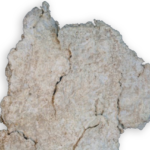 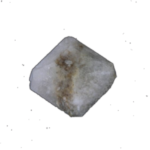